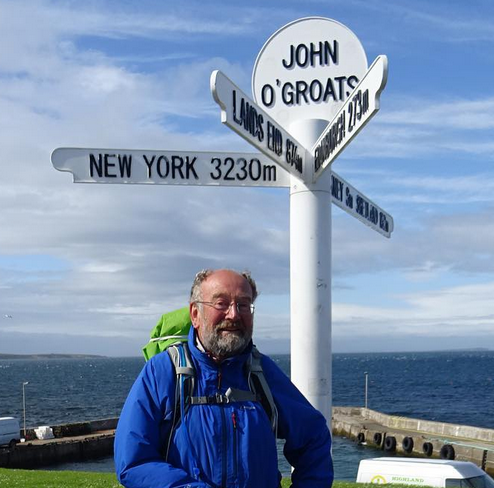 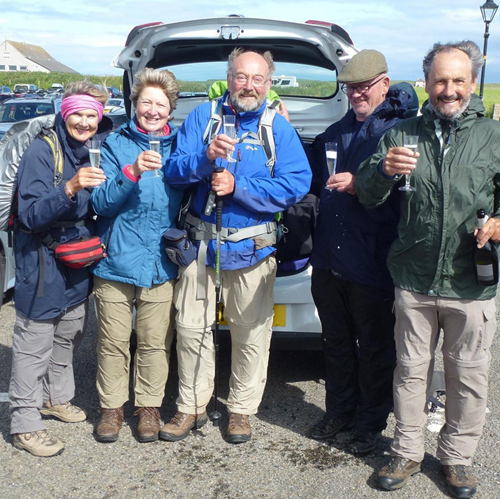 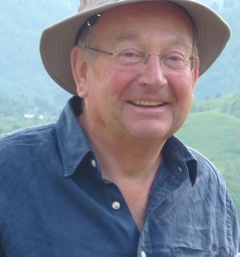 On 11th April 2015, Jamie Daniell stood on his own at Lands End with a rucksack on his back, a digital map in his hand and wearing a pair of boots that he hopes will still be intact when he reaches John O’ Groats in July (if all goes according to plan).

Jamie is raising money for two worthwhile causes: St Peter ad Vincula, the parish church in Wisborough Green, which will be embarking on a programme of improvement not only to provide a toilet, but also improve the facilities to enable the building to be used for many more community purposes, and the Motor Neurone Disease Association, which funds research into a cure for this horrible disease as well as providing assistance and TLC for the unlucky sufferers. 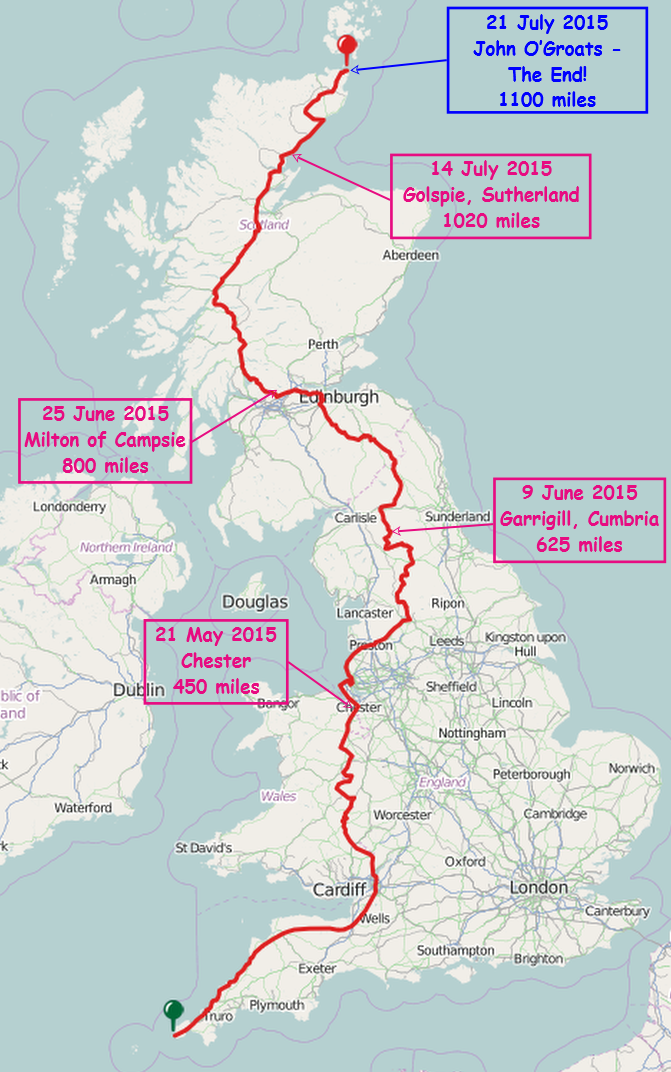 The walk will take him well away from main roads, starting on the northern part of the south west Coastal Path, across Exmoor, the Somerset Levels, Offa’s Dyke, The Wirral, Ribble Valley, Pennine Way, Southern Upland Way, West Highland Way, Great Glen Way and finally up the east coast to John O’ Groats – a distance of about 1100 miles. Various family and friends will be joining him at different stages.  See route map (right).

Jamie explained that it had always been an ambition of his to explore the UK in his retirement. He had imagined that this might have been in the comfort of a camper van or something similar, until he met a man walking from one end of the UK to the other. John Greer’s influence was such that Jamie could not resist the temptation of the challenge to make the journey on foot. The luxury of retirement has now enabled him to fulfill this ambition.

Jamie has lived in Wisborough Green since 1979 and spent all his working time at Pulborough as a chartered surveyor and Estate Agent, initially with the former firm of King and Chasemore and subsequently as a founder partner of Monkhouse and Partners which has expanded to become Batcheller Monkhouse. He retired in December 2013.

To donate to these causes use any of the following: